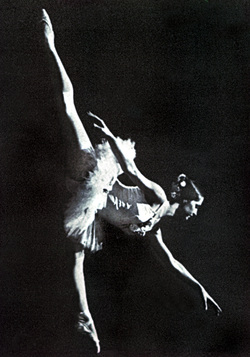 Harriet began ballet lessons at age five.  At age eleven she received a Ford Foundation Scholarship from the School of American Ballet in New York (George Balanchine – director.)  While studying under Nolan Dingman in Jacksonville, Florida she joined Concert Ballet of Jacksonville at age twelve and performed with them until she was fifteen.  She joined Jacksonville Ballet Theatre at sixteen under the direction of Dulce Anaya (prima ballerina) and performed such classics as Swan Lake, performing the lead of Odelle and Odette (white and black Swan) Giselle (queen of the willies) Sleeping Beauty (blue bird Pas de deux), Firebird, Nutcracker, Les Sylphides, Grand Pas de Quartre and several original pieces. She studied at North Carolina School of the Arts and at American Ballet Theatre in New Nork. She then married and moved to the Ocala area in 1977.  She attended Florida School of the Arts and toured the state performing with Dance Alive (Gainesville) while she received her degree in Dance Education, majoring in
ballet in 1983.

Harriet has taught ballet and pointe classes locally for over 25 years.