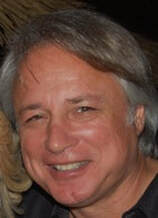 Michael Isaacs began his dance and acrobatic career at the age of 3 under the expert direction of his mother, Lee Garrard, in Butler Pennsylvania. He later furthered his education under some of the finest coaches in the country. Since opening his studio in 1983 Michael has taught hundreds of students many who have received outstanding performance awards and have continued on to professional dance and theatrical careers. Michael is known for his strong technique form and has been on the national faculty for Dance Masters of America from 1997 to the present. He is a regularly sought after instructor/trainer for the Canadian Dance Teachers Association.